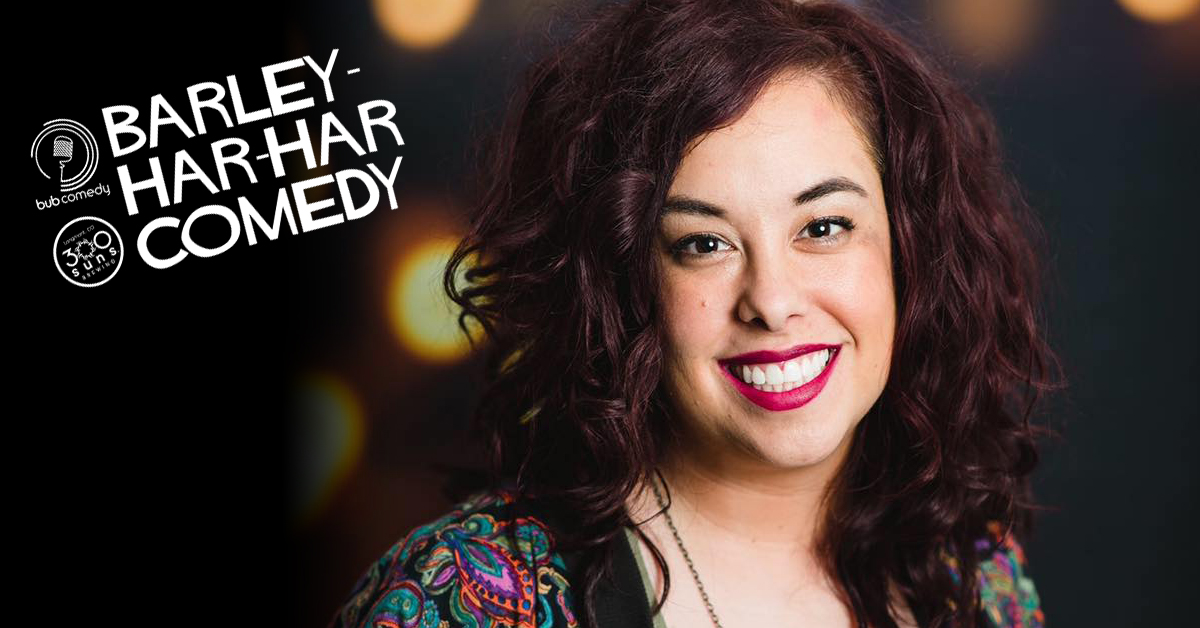 Free comedy? No joke. Join us for a night of local comedians followed by Headliner, Christie Buchele.

Christie Buchele is an up-and-coming standup comic from Denver, Colorado. Christie made a name for herself by the heart-wrenching and hilarious realities of being a woman with a disability. Christie has been featured on Viceland’s, Flophouse; Hidden America with Jonah Ray; and Laughs on Fox. Christie has performed at both the Crom Comedy Festival in Omaha, Nebraska, Denver’s own High Plains Comedy Festival and Hell Yes Fest in New Orleans.

Christie co-hosts a witty relationship advice podcast, Empty Girlfriend, which earned best Comedy Podcast by Westword Magazine and best Podcast for Sexpot Comedy in 2017. As one third of the Denver Comedy powerhouse, The Pussy Bros, Christie reps the Mile High City hard while crushing audiences with a wry, biting style that’s a bit sweet, a and a little bit surly; proving time and again you can say almost anything with a smile on your face and a gimp in your step.